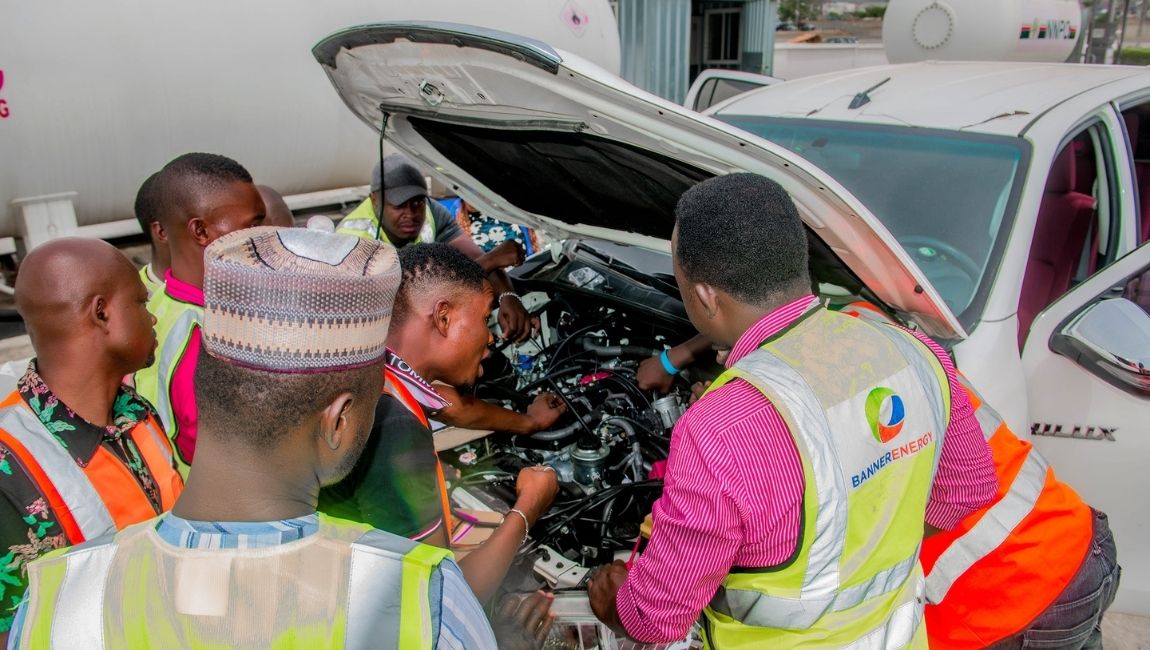 Autogas in the world

Today, the most widely used alternative fuel for autogas are CNG and LPG, these fuels are economically and environmentally friendly in terms of prices. In response to increased demand for alternative fuel, we have partnered with one of the best Autogas conversion kit manufacturers and the best CNG compressors manufacturers for base stations to be introduced into the Nigerian environment.

Convert your car to Autogas

Banner Energy Limited has built the most and currently operates the largest network of LPG Autogas retail filling infrastructure across Nigeria, operated as BannerGas.

Converting your car to LPG is a relatively straightforward process, and involves simply installing a secondary fuel system in your vehicle with a separate tank and gauge for the Autogas fuel. There is no requirement for a new or replacement engine. Your car maintains the primary fuel system and will now be a dual-fuel vehicle, allowing you to switch between the two systems quickly and easily.

LPG is similar in its properties to fully vaporized petrol. making conversion technology relatively straightforward. There are various options available regarding the gas storage tanks on a vehicle, a popular solution involves fitting a doughnut tank into the spare wheel well so no space is lost.

Cars converted to Autogas are typically referred to as Dual Fuel vehicles' as the existing petrol/diesel tank is unaltered within converted vehicles, owners can choose at the flick of a switch which fuel they wish to drive on.

What's involved in an Autogas Conversion?

A robust and safe separate secondary fuel tank will be installed neatly in your car, usually around the wheel well, along with a second set of fuel injectors, which feeds the LPG directly to the engine. An electronic link to the engine allows the fuel delivery to be monitored constantly for maximum performance and economy.

A new and discreet status unit will be installed on your dashboard, allowing you to see fuel status, and to switch between systems, although Autogas will be the default fuel system. A new filling point will also be added to the exterior of the car.

LPG is a clean, safe fuel, and a conversion should always include the standard safety measures, such as AFL (Automatic Safety Limiter), which limits the fill, allowing the gas to expand as it should.

The initial outlay for the conversion can be paid back in a short time, with the massive savings in fuel prices. Your car when converted, runs much the same as with conventional fuel, but becomes a dual fuel vehicle. The upside of this is that you can easily switch to using petrol if the need arises. There are over 100 filling stations around the country - most of which are regular LPG plants stations with Autogas dispensers.

The role of BannerGas is to support the Federal Government of Nigeria in achieving its objective of ensuring smooth and quick transition to Autogas use by a critical mass of road users. BannerGas has successfully trained more than ten (50) technicians on auto-conversion training. BannerGas also converted Nigeria National Petroleum Corporation (NNPC), Federal Ministry of Petroleum Resources operational vehicles from Premium Motor Spirits or Petrol (PMS) to use Liquefied Petroleum Gas (LPG) as an alternate fuel

Looking an Adequate Solution for your Company?

Contact us today for free conslutaion or more information.

Banner Energy Limited is an energy and power business development and management company, with expertise in gas and power projects infrastructure design, construction and operation.